A ‘how-to’ guide developed to help accelerate the spread of ‘game-changing’ treatment for severe stroke has been launched by national stroke experts, including a South West physician. 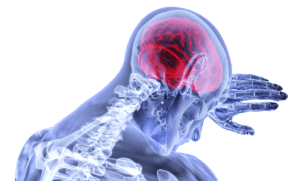 The guide to implementing mechanical thrombectomy (MT) – an emergency treatment to remove a blood clot in the brain – has been developed by a group of professors including Martin James, a consultant stroke physician at the Royal Devon and Exeter NHS Foundation Trust.
There is overwhelming evidence that MT is highly effective at treating stroke caused by blockage of one of the major arteries in the brain and could benefit at least one in ten patients admitted to hospital with acute stroke.
However, implementation of MT across the UK has been limited, with only 1,200 MT procedures in England and Northern Ireland in 2018/19. That represents just 1.4% of all people with acute stroke or one in 71 stroke patients. In Scotland and Wales, there are no services providing this emergency treatment at all.
Now, for the first time, the best available expertise, evidence, analysis and experience relating to MT have been distilled into a single definitive guide.
Martin said: “Mechanical thrombectomy is a classic example of a ‘disruptive innovation’, particularly within the unique circumstances of the UK NHS, where service development has been held back while the research evidence is awaited. Now that evidence is available, such a step-change in treatment for many people with major disabling stroke requires a rapid response from the NHS to deliver and this is sure to involve further centralisation of services for hyperacute stroke.”
Juliet Bouverie, chief executive of the Stroke Association, said: “The Stroke Association firmly believes thrombectomy to be a game-changing intervention that could and should act as a catalyst for change and improvement across the whole pathway. I hope this new ‘how-to’ guide will provide the evidence and information the NHS needs to help make thrombectomy a routine option for stroke treatment for the benefit of people affected by stroke across the UK.”
Read the guide here.